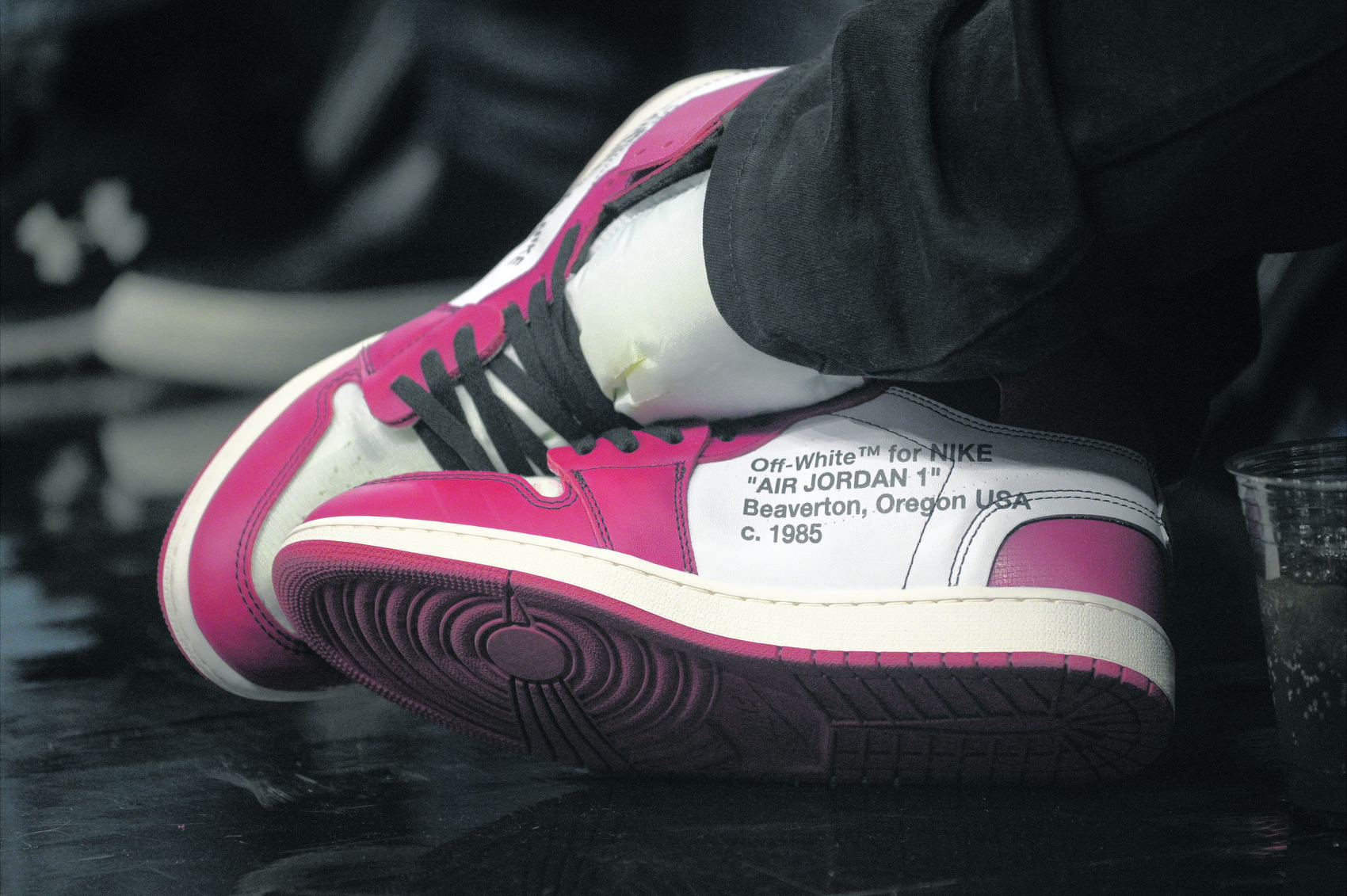 A fan wears a pair of Air Jordan 1 Nike shoes, designed by Peter Moore, at an NBA game between the Orlando Magic and the New Orleans Pelicans in 2021, in Orlando, Fla.

Peter Moore, who designed the first Air Jordan basketball shoe in 1985 and whose “Jumpman” logo helped propel the Jordan brand of shoes and athletic wear into a multibillion-dollar industry, died April 29 in Portland, Ore. He was 78.

His death was announced by officials at Nike and Adidas, two companies he worked for as creative director. He had Parkinson’s disease.

Moore operated a design studio in Portland in the late 1970s and had Nike, then a fledgling shoe company in Beaverton, Ore., as a client. Six years later, he joined Nike as its first “brand creative director.”

He and another Nike executive, Rob Strasser, saw the marketing possibilities of basketball and in 1984 were instrumental in signing Michael Jordan, then beginning his career with the Chicago Bulls, to a long-term contract with Nike.

Several people have taken credit for bringing Jordan to the company, but Moore and Strasser were the ones who devised a marketing strategy built around designing a pair of shoes specifically for the budding basketball star. The idea of a “signature shoe” was considered revolutionary.

The original Air Jordans (known to aficionados as Air Jordan 1) contained an air pocket in the sole and were made of soft leather in the Bulls’ colors of red, black and white. They went on sale in April 1985 for $65, before Jordan had worn them in a game.

“I was designing the shoe with the idea that I needed a real basketball shoe that the best basketball player in the world could play in,” Moore told slamonline.com in 2018. “But I also needed something that would be unique, never seen before.”

At the time, the NBA required players’ shoes to be either solid white or solid black (or, in the case of the Boston Celtics, green). After Jordan debuted his new multicolored shoes in an exhibition game in October 1985, they were banned by the NBA. Nike promptly aired a commercial about the incident, and young people camped out in the streets to buy the new Air Jordans.

“There’s no question the fact the shoes were banned helped to sell the shoes,” Moore said in a documentary about the Air Jordans. “Kids like that stuff ... ‘I’m wearing something I’m not supposed to be wearing.’ Perfect. Couldn’t be better.”

Nike sent NBA commissioner David Stern a letter thanking him for the free marketing campaign, and the league soon changed its rules. Within a year, Nike had sold more than 1 million pairs of Air Jordans.

Each year, Nike introduced a new design for the Air Jordan. Nike ran advertisements calling them “anti-gravity devices” and began using the catchy slogans “Wing It” and “Just Do It.”

The Air Jordan campaign also marked one of the first times a player in a team sport was marketed for his individual appeal.

“It sounds so simple, so obvious,” Moore told slamonline.com. “But at the time it honestly broke all the rules for how our industry operated. Nobody had taken a player, created shoes and apparel that tied to his style, then launched it all at once.”

In 1987, Moore changed the Air Jordan logo from a basketball centered between a pair of wings to a silhouette of Jordan flying through the air with a basketball in his hand, with his arms and legs outstretched.

The “Jumpman” logo – based on a photograph for Life magazine – appears on all of Nike’s Jordan brand products. As of 2021, the Jordan brand accounted for more than 10% of Nike’s annual revenue of $44.5 billion.

At Nike, Moore developed other marketing ideas, such as posters featuring athletes, including Jordan, basketball player Moses Malone and tennis star John McEnroe. They became so popular that some athletes demanded poster clauses in their endorsement contracts with Nike.

In 1987, Moore and Strasser left Nike to create a sports marketing firm, and they were soon consulting for Adidas, the venerable German athletic shoe manufacturer. Both men later joined the company.

Moore, who became the creative director of Adidas and, for two years, its president, redesigned the company’s logo, remaking its familiar three-stripe trademark into a new symbol resembling a mountain. He and Strasser, who died in 1993, refocused Adidas on its history, which dates to the 1920s, when its founder, Adi Dassler, became the first major designer of high-performance athletic shoes.

“The model was to go back to what Dassler had tried to do all his life,” Moore told the business magazine Strategy+Business in 2015, “which was to make the best products for the athlete to compete in.”

Moore also was largely responsible for creating the Adidas Equipment line of performance gear and apparel. He also reached into the company’s past, launching a successful line of retro-themed items called Adidas Originals. The company’s fortunes turned around, and Adidas is now one of Nike’s top international competitors.

Peter Colin Moore was born Feb. 21, 1944, in Cleveland. His father was a naval officer and his mother a homemaker.

He received a bachelor’s degree in graphic design in 1969 from the Chouinard Art Institute in Los Angeles (now part of CalArts). He worked at a California design studio before moving to Portland in the early 1970s.

He retired from Adidas in 1998 to concentrate on painting.