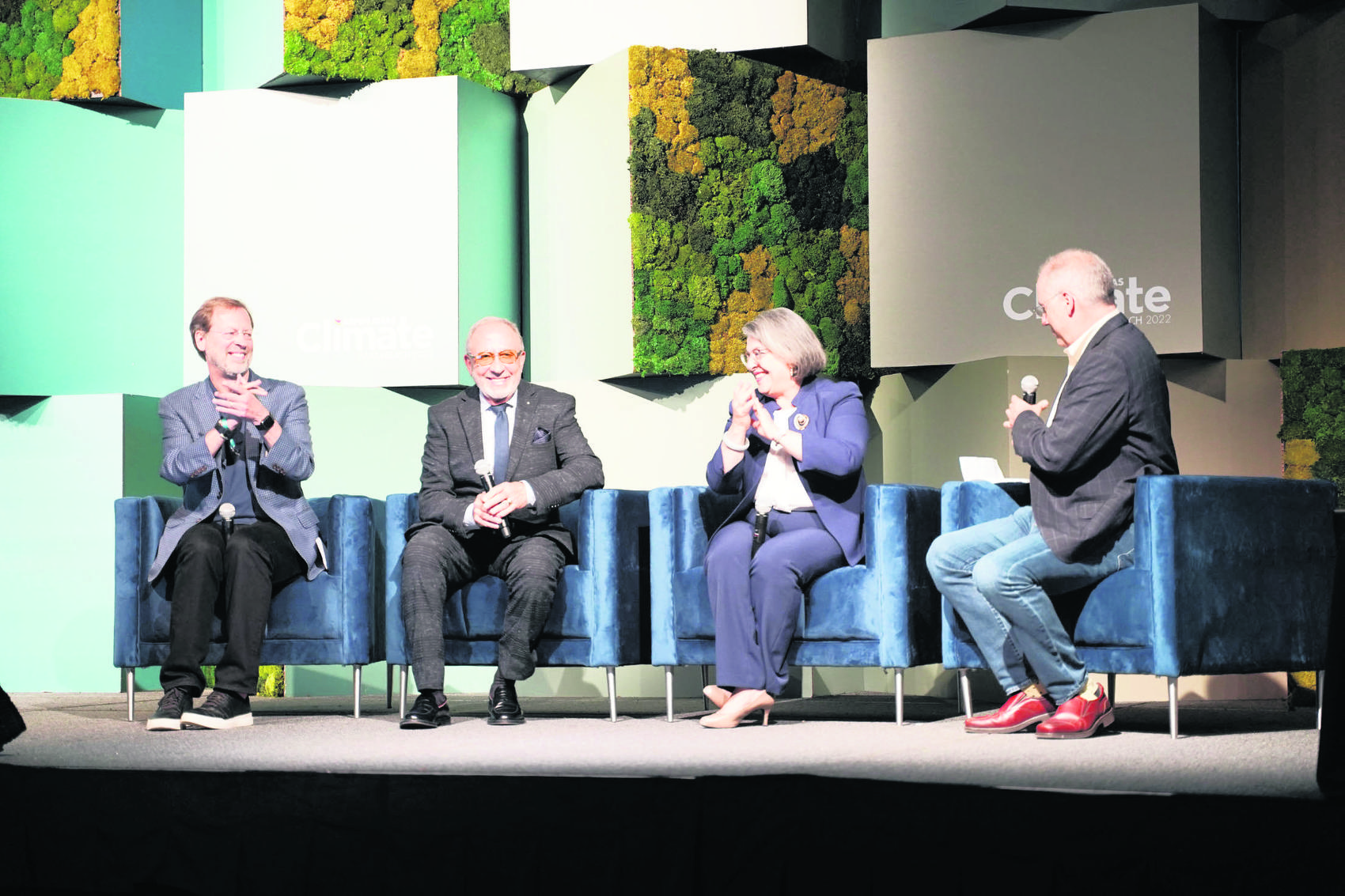 Legendary Miami music producer Emilio Estefan has composed a new message for his hometown and the world: get on your feet and address climate change.

His latest song, “We Still Have Time,” begs listeners to take action and limit global warming. It debuted Thursday at the closing panel of Aspen Ideas Climate, a new festival in Miami Beach focused on climate solutions and innovations.

A video of the song, sung by Yailenys Perez, is set over a backdrop of stock images of nature, solar panels and hurricanes. Some sample lyrics: “We’re running out of time. Please change your state of mind. Let’s make a difference. It’s only a matter of time.”

Estefan told the Miami Herald he was inspired to write the song after a dinner with Aspen organizers at Carbone in Miami Beach late last year. Afterward, he rushed home and wrote all the lyrics for the song in one go.

Estefan suggested that alongside next year’s version of the festival they could hold a climate-change-themed concert in hopes of spreading the message of climate action to young people.

“Doesn’t matter, famous, not famous, anybody can make a difference,” he said. “More than anything else, the kids are important.”