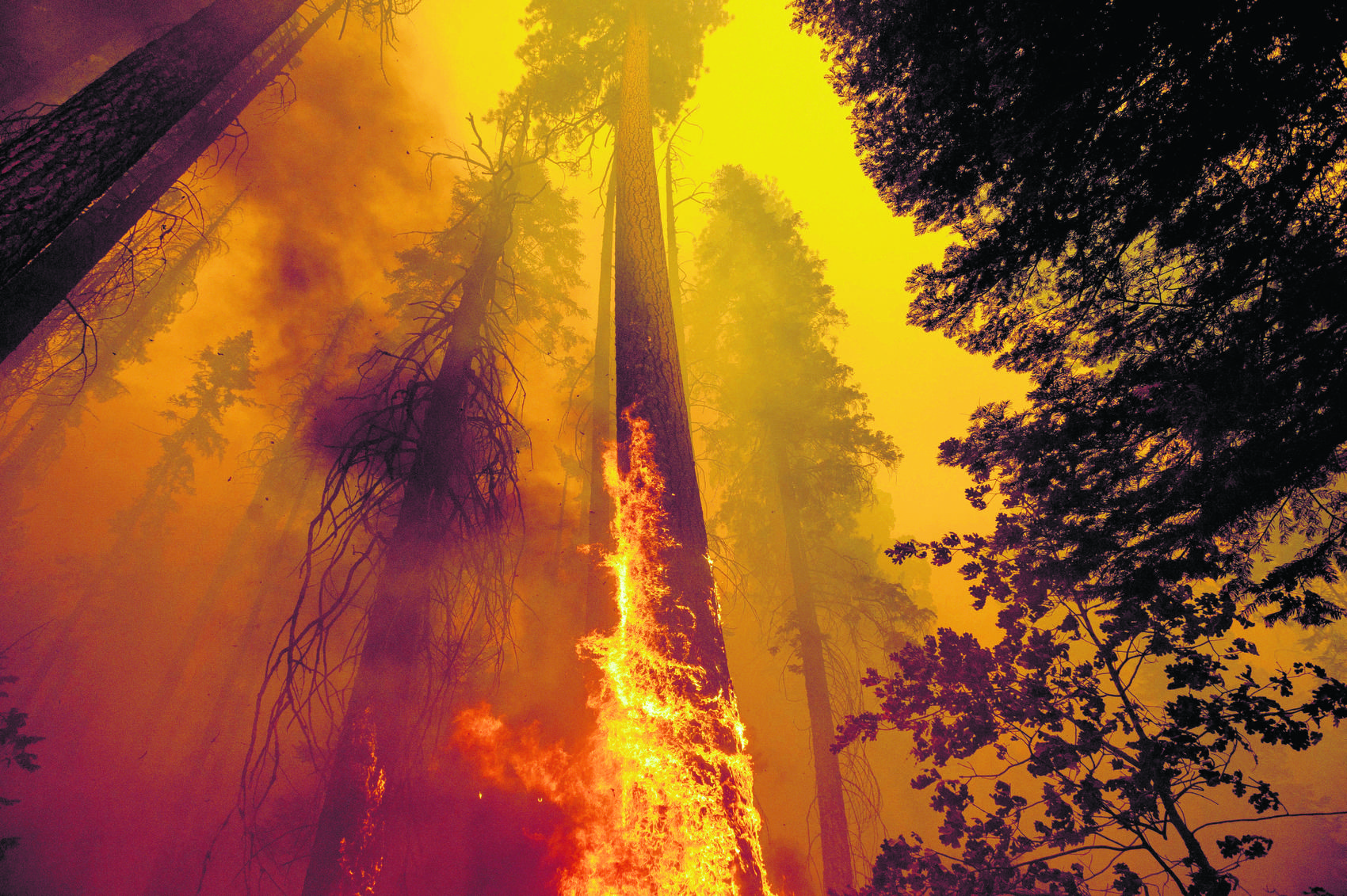 In this 2021 photo, flames burn up a tree as part of the Windy Fire in the Trail of 100 Giants grove in Sequoia National Forest, Calif.

There are few symbols of California as enduring as its giant sequoias. The Earth’s biggest trees can grow up to 275 feet high and 20 feet in diameter. But in the past two years, destructive fires have torched as many as 14,200 giant sequoias – nearly 20 percent of the state’s total. In response, Rep. Scott Peters, D-San Diego, House Minority Leader Kevin McCarthy, R-Bakersfield, and Rep. Bruce Westerman, R-Ark., have introduced the bipartisan Save Our Sequoias Act. It would provide $350 million in federal funding over 10 years to help thin, manage and fire-proof forests and protect trees by streamlining environmental reviews of efforts to restore the health of sequoia groves – reviews that now could take 52 years to treat the 19 most at-risk groves.

Unfortunately, dozens of environmental groups including the Sierra Club, the Natural Resources Defense Council and the League of Conservation Voters oppose it. They view any weakening of environmental rules affecting forests the same way the National Rifle Association views any weakening of gun rights: as the start of a slippery slope that ends with disaster, in this case loggers ravaging pristine natural areas. Local Sierra Club chapter chair Lisa Ross asserts the bill was introduced on “behalf of a panoply of special interests hoping to bring more commercial development into our national forests.”

The environmental groups claim that the federal government already has the authority to act expeditiously. But that hasn’t been the case, and sequoias are literally disappearing off the face of the Earth at a rate unseen since 1297 A.D. The default assumption shouldn’t be that Peters is a tool of the logging industry. It should be he’s a proud Californian trying to save one of the best things about the state. Here’s hoping this plan prevails so more sequoias survive.