{{{Page.Title}}}
Miami is the real star of the new ‘Father of the Bride’ 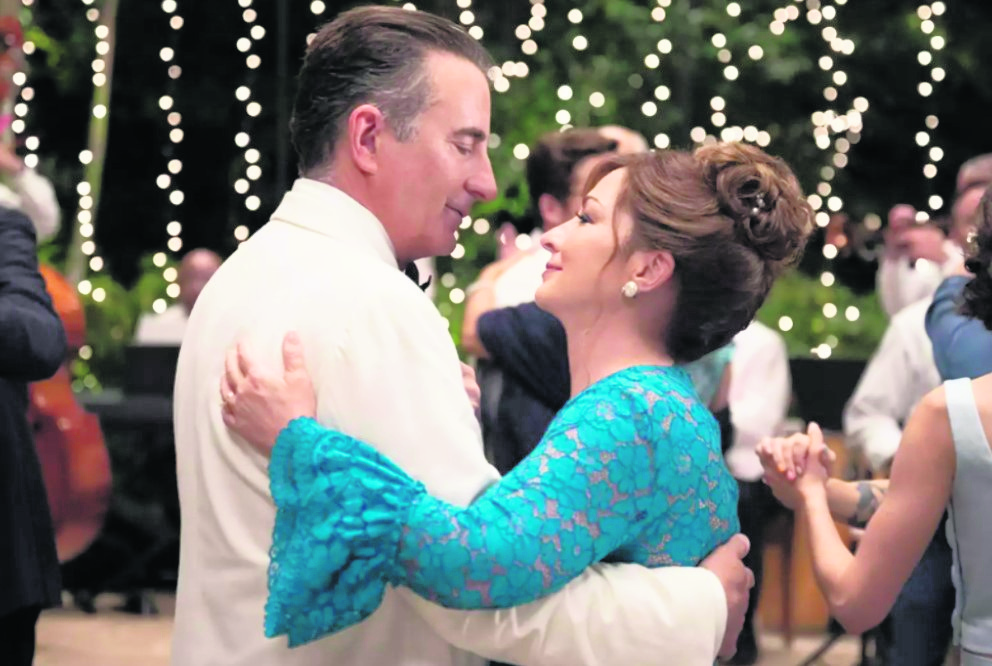 Andy Garcia and Gloria Estefan in ‘Father of the Bride’

“Father of the Bride” is much more than another remake of a timeless classic. The HBO Max flick, streaming now, is a love letter to Miami, and probably an ad to get even more people to relocate.

In all seriousness, locals will have fun recognizing so many spots featured around town, from South Beach to Calle Ocho. Here are a few standouts.

The Biltmore: The iconic hotel is a huge star of this “FOTB.” The fabled property is a favorite hangout of the titular character, local architect Billy Herrera, played by Andy Garcia. That’s why he is dead set on his daughter Sofia (Adria Arjona) marrying her guy Adan (Diego Boneta) there, even though the couple prefers something more nontraditional like a “barn.” In one scene, the family sits down in one of the Biltmore’s ballrooms for a tasting menu, the property’s vast windows and soaring ceilings on full display.

Calle Ocho: Little Havana’s main, bustling street gets the spotlight quite a few times throughout the movie. In archive footage producers obtained from Miami Dade College, you can see the street back in the 1970s; check out such famed landmarks as Ball and Chain, Domino Park and the Tower Theater (where the premiere was recently held).

Coral Gables: Southwest of downtown, this upscale, manicured town is HQ for the movie’s family and eventual (spoiler alert) wedding destination. Plot point: Garcia’s self made character, an exile from Cuba who became a famous architect in the 305, built the lovely two story house featured in various scenes from scratch. The way the cameras pan over the flower filled streets, lush palm trees and Spanish style architecture make you realize again why CG has been dubbed the “City Beautiful.”

The Design District: In one scene that luxury shopping fans may appreciate, mother of the bride Ingrid (Gloria Estefan) strolls around the Palm Court, which was the former site of the singer’s now closed restaurant Estefan Kitchen. Buckminster Fuller Fly’s Eye Dome, the giant globe you can enter smack in the middle of the open air mall, gets some serious cred on the world stage. Hashtag #proud.

Star Island: Diddy, JLo, Shaq, DJ Khaled and even Gloria and hubby Emilio Estefan have called this celebrity magnet home. In “FOTB,” super rich suegro-to-be Hernan (Pedro Damián) lives on this fancy, man-made island on Biscayne Bay in a (naturally) drool-worthy mansion. Bro has a yacht, too. No biggie.

The water: No movie with the Magic City as a backdrop can put our postcard perfect scenery in a corner. From Biscayne Bay to the Atlantic Ocean, there’s water, water everywhere. Eagle eyed viewers will spot the Venetian Causeway Bridge, Collins Avenue, Ocean Drive, Museum Park and many more fabulous locations. When you sit at your laptop all day long, it’s easy to forget how jaw droppingly gorgeous our town is. Yes, that is why you are currently paying $3,000 for a one bedroom in Brickell. Sorry, folks.