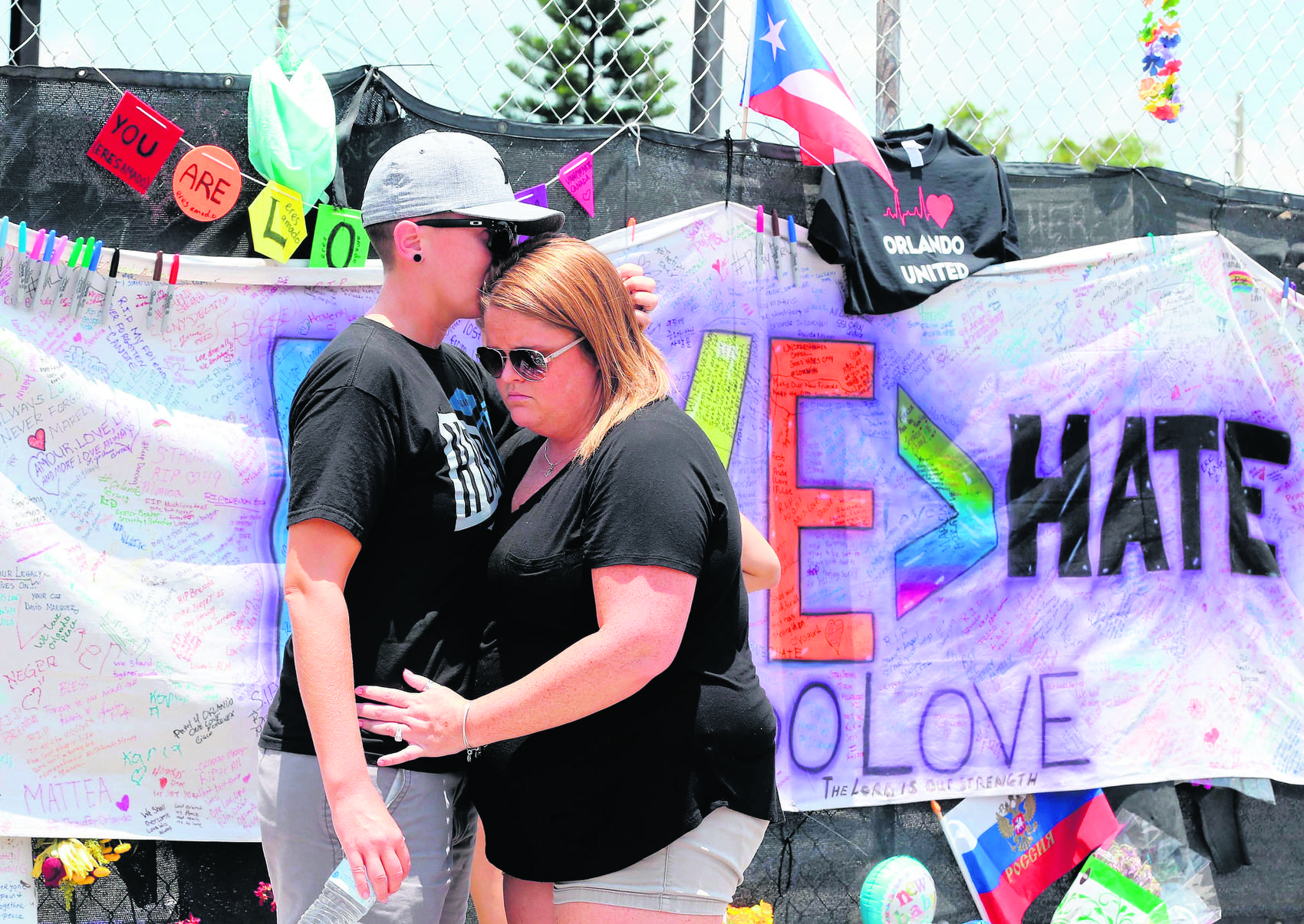 The Orlando community continues to mourn the victims of the deadly mass shooting at the Pulse nightclub in 2016.

Florida carries the unfortunate distinction of relating to other communities after mass shootings. We know the chaos, the anger and the hurt that stay behind when a gunman opens fire at a school or gay nightclub.

A week out, while we’ve learned more about the suspect’s background, there’s still little clarity as to what led to the killing of five people at Club Q in Colorado Springs on Nov. 19. (And in the meantime, we’ve seen a tragic shooting at a Chesapeake Walmart, in which six people were killed, in a state still reeling from shooting deaths of three University of Virginia football players.)

Inevitably, the tragedy in Colorado Springs has brought to the forefront the series of anti-LGBTQ legislation introduced in many states, including Florida, and the bigoted rhetoric that has become pervasive on social media and from public figures and politicians.

It brings back the trauma of one of the nation’s deadliest massacres at the Pulse nightclub in Orlando in 2016, where 49 were murdered in what’s probably the largest attack against the LGBTQ+ community in America.

These shootings are a sober reminder of our naivete regarding the fight for trans, gay and lesbian rights. We were led to believe that, very soon, sexuality or gender identity would be treated as just another trait about a person.

Progress, indeed, has happened, faster than many of us ever imagined. But that progress has been met with aggressive pushback as the community continues to be the target of physical and rhetorical violence.

On Monday, a 22-year-old man was charged with five counts of murder and hate crimes. The charges were preliminary and could change. What led him to act remains unclear. But we shouldn’t measure this tragedy based on intention, but on evil and impact.

Members of the Colorado Springs’ LGBTQ community lost a haven where they could exist unafraid of the judgment and violence that threatened their existence outside.

The shooting sends a chilling message to other gay enclaves like Wilton Manors and parts of Miami and Miami Beach that it’s risky to be too open and proud.

That has been the history of minorities in this country. With more rights and visibility also comes the backlash. It’s baffling that just years after the Pulse shooting, Florida has become a laboratory for anti-LGBTQ legislation.

The state last year banned transgender athletes from female sports. The number of such athletes in high school sports has been very small in previous years, and lawmakers could not come up with a single local current example of a trans athlete to justify passing a law.

The Sunshine State is home to the infamous “Don’t Say Gay” bill, banning instruction about sexual orientation and gender identity in K-3, even though school officials say that was not part of the curriculum. Soon after the bill became law, the Miami-Dade County School Board ended the recognition of LGBTQ History Month.

Drag shows, once an underground performing art at gay bars that has gone mainstream, are the target du jour. Gov. DeSantis’ administration has tried to shut down a Miami bar after children were seen attending a popular drag brunch. The Proud Boys, an extremist right-wing group, has tried to disrupt drag-related events in other states.

Last year was the deadliest for transgender people in America. At least 45 trans or nonbinary people were killed, according to the Human Rights Campaign Foundation.

This figure alone should quell those who question the need for Pride Month or LGBTQ History Month and frame them as a special privilege. It should quiet those who make jokes at the expense of trans people. It highlights the danger presented by politicians who rally their supporters with chants like, “A boy is a boy and a woman is a woman.”

Nov. 20, the day after the shooting, was Trans Day of Remembrance, an annual observance of victims of transphobia.

We must remember the massacres in Orlando and Colorado Springs every chance we get and challenge those who rather silence a community.

Perhaps, one day, we won’t need a day of remembrance. Today, unfortunately, we still do.